Los Amigos are without doubt one of our most popular bands. Lead by Spanish singer Javier Moreno they areunique in the UK – an authentic Spanish and Latin wedding band that can playwestern pop and the Gypsy Kings. Their impressive repertoirespans Spanish, Cuban, Mexican, Brazilian music as well as rhumba and flamenco.

Check out this beautiful cover of John Legend’s All of Me:

Many of our clients are planningEnglish – Spanish weddings and want a band that can perform authentic Spanish musicby artists such as the Gypsy Kings, Buena Vista Social Club, Santana and Manolo Escobar. However they often want to end the nighton some western pop that everyone knows and keeps the English side of the new family happy.

Los Amigos are the UK’s bestSpanish wedding band for this brief. Their repertoire features Latin favourites as well as western pop music from artists like Lionel Ritchie, Sting and The Police, Jason Mraz, George Michael, Marvin Gaye, Bob Marley and even Elvis.

Watch this amazing medley shot at a small private party in 2016:

They can travel all over the UK and often perform back home in Spain and across Europe.

A little bonus video for you, Javier’s cover of Ed Sheeran’s Shape of You. 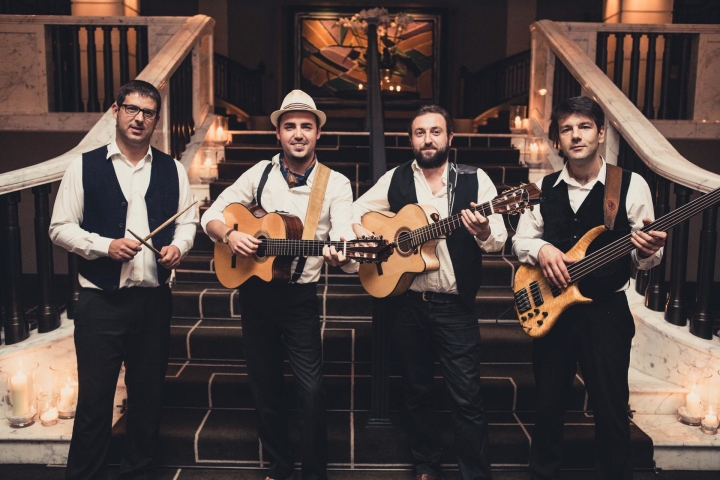 Los Amigos is a unique Spanish and Latino flavoure...